Energy Kicked Up a Notch This Week!

Energy Kicked Up a Notch This Week! 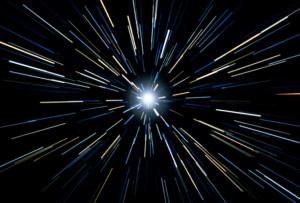 Warp speedOn June 2, 2015 (a “7” day*), while receiving messages from and channeling All That Is, I learned that we are now in a powerful time for manifesting our desires, a heightened energy, which they called “an explosion of potential.” And they asked me to write an article about it immediately.

Beginning with yesterday’s full strawberry moon (12:19 PM EDT), our space-time is experiencing “extra fuel, extra power” which was scheduled to happen at this time – before Mercury goes direct on June 11 (5:33 PM EDT) and finalizes on Sunday June 7 (no specific time was given).

They reminded us that “where there is power there is also adversity” and we may see more conflict – maybe not in our own realities, but more so in the global reality. They suggested we “particularly let go of concepts and beliefs about the physical body to take it to the next level so it can’t be affected [by intensity or adversity].”

Why the adversity? “Because many will resist the power” and adversity is simply the result of resistance.

They said that on the subconscious level, we humans knows what is happening right now, and will automatically set our intentions anyway.

So why this message? So those who are aware can set conscious intentions for manifestation in order to expand awareness and evolve faster; and so those who are not [aware] may have the opportunity to experience things they can’t explain, or synchronicites (faster, more direct results of their intentions/thoughts) or even a spiritual awakening. To simplify, this message is telling us to be particularly careful what we wish for/pray for/think about/intend; to govern our thoughts and emotions even more consciously this week. (They also said these bursts of energy will be happening more frequently than ever before, but not currently scheduled again until the very end of December 2015.)

They said “you can manipulate the illusion right now more powerfully than at other times, and yet you can still do this at other times…it just may take more trust and patience” (rather than concentration or belief).

They said “as the energy accelerates and as it becomes more powerful, humans must become more still, more quiet, more peaceful, so that all of their bodies can attune to it.” They also said that during this time (this week) the Nature [Elemental] Kingdom actually slows down and becomes very calm and peaceful for this energy to take place. I had thought they may become busier or even more visible to us, but was told that they too will relax and be ‘in the flow’ as well. Interesting.

They (All That Is) also showed me the particle accelerator at CERN in Switzerland, and how that technology is becoming more potentially powerful. It’s raising the frequency in that area of the planet. The technology is evolving and the energy is not contained (as many may believe). The residual energy is currently having a positive effect on this space/time. They said if it is not controlled it could cause rips in space/time, which I thought could be fascinating. Overall, they said that what is happening there is positively affecting the entire Earth’s energy. And they even called it a “healing place.”

They suggested we use (with our intention/imagination) “golden colored energy for anything you want to heal, anything you want to let go of, anything that is confusing. Bombard everything with golden energy. Gold especially is powerful.” They likened golden particles to crystalline particles (Christos/Christ Consciousness) – or Adamantine Particles, and said that we can “direct and command more consciously right now and literally bombard things with those particles” – just like CERN does, but on a smaller scale. How? Using our most powerful tool: our mind.

They showed me how to use my imagination to bombard my hands with gold – like putting on gloves of gold. And they said “see how your healing [work] improves.” They also said to imagine “leaving particles on everything you touch, like glitter – like golden glitter.” A technique we can all use with our intention!

After discussing the particles, they said “now you can see why your phrase ‘wishing upon a star’ is so weak. For stars cannot command energy for you, and yet stars are made up of particles, so they can. Wish upon so much more, intend upon so much more. Most humans do not believe they can command as much energy as they can. They are worthy. They do have that power. That type of Love and self-confidence is not readily available from any source other than the true inner Self. It cannot be given, for it is free will.”